Keep Calm and Hug a Jaguar - Volunteering for Wildlife

Małgorzata Zdziechowska is an animal whisperer and a Polish Doctor Dolittle. From volunteering in shelters and rehabilitation centres for wild animals, she has made her way in life. She’s a journalist, traveller, blogger, and a huge animal lover. She’s been involved with endangered species conservation for the last several years.

In a interview with OpenBooks.com, Małgorzata Zdziechowska reveals the secrets of the jungle and communication with animals.

Martyna, OpenBooks.com: Volunteering with wild animals, which you have often done in your visits to different parts of the world, is quite an extraordinary passion and unusual hobby. How did your adventure with the jungle start?

Małgorzata Zdziechowska: My adventure began with a trip to Australia that I took a couple of years ago. The biological life of Australia is very rich, it’s the habitat of many species you can’t see or encounter anywhere else. I wanted to meet these animals in a setting very distant from that of conventional tourism. So I decided to go there and take part in a volunteer project dedicated to wildlife care. As a result, I not only got to know these animals better, I was also able to do something good in general. From Australia, in addition to typical photos with koalas, I brought an experience so unusual that it influenced my later life.

After returning home I felt that I wanted more! Soon I discovered another center for animals, that time in South Africa. And then two more in South America and another one in China. Everytime my visits to these places and my stays became longer and longer. I also started to become interested in the animals themselves – in their species, communicating with them and in the personal stories of the animals I met during my volunteer projects. I started to search for professional literature about animal psychology and behaviour to learn how to work better with them. Now these volunteer projects fulfill almost my whole life.

“The Jungle Book” tells the story of a boy who was adopted by a pack of wolves and raised in the jungle among the wild animals. In the places you visit, the opposite thing happens – people take wild animals under their wings. Tell us more about these places that have reversed in the more than 100 years since Kipling wrote this story.

M.Z.: Rehabilitation Centers and orphanages for wild animals have all sorts of stories. Many of the animals in these places are orphaned babies whose mothers were killed by the actions of poachers or in accidents. These little ones couldn’t survive alone. In the shelters you can also meet injured or sick adults. The babies who spend their childhoods in the centers and the totally wild adult animals sometimes have a chance to go back into the wild.

A large group of animals that end up in these kinds of places are so-called “mascots”. I saw most of these kinds of animals in South America, where people for instance often keep monkeys in their houses – in the same way some people keep dogs. Or they buy wild animals in order to earn money from offering tourists an opportunity to take a picture with them. In a shelter in Costa Rica I learnt the story of a monkey who was a mascot in a bar, where, dressed up she was drinking alcohol and smoking cigarettes to the delight of tourists.

“The reason the beasts give among themselves is that Man is the weakest and most defenseless of all living things.”

Animal shelters and rehabilitation centres are very different. In some of them, animals live in pens and cages, although generally they have large spaces. Some establishments try to reconstruct the natural environment of their patients or simply let them move freely around the place. La Senda Verde shelter in Bolivia, where I recently did some volunteer work, is the greatest example of how such places can respond to the animals’ needs. Andean bears have at their disposal a huge area of forest. Monkeys are allowed to move around completely freely. This place has so effectively conformed to the surrounding jungle that the animals themselves often go there. And sometimes they even decide to stay and live in the resort, like the coati named Kantuta who I met there.

La Senda Verde resort has a remarkable history because it was supposed to be... an inn for cyclists. The couple who run it bought a large piece of land next to “Death Road” – a popular route for cyclists. It was their business idea. One day a man visited Jolosa with a small capuchin monkey, which he wanted to sell on the black market. Marcelo, the co-founder of the center, was trying for hours to convince the man to give him the monkey and explained that he would create a better home for the capuchin. He was successful with his persuasion and the monkey stayed at the inn. Then Marcelo took in more capuchin monkeys, parrots ... and now today, the resort cares for hundreds of animals.

When I go back to the text of “The Jungle Book”, a book written over 100 years ago,  I realize how much the relationship between the animal world and human world has changed. As you mentioned, the centers often take in animals harmed by man, taken from their natural environment and treated as toys. I wonder if today’s jungle still has its own rules, or whether it's a world completely dominated by man? Does man rule the jungle?

M.Z.: I have great hope for South America. There is still virgin jungle, and Brazil is taking care of forest reconstruction. In South Africa, for example, there are no such areas, there is no true freedom. The territories of animals are fenced, completely controlled and accessible to tourists – safari amateurs. There are too many animals in these limited areas, so animals are fighting and pushing each other out of the area. Leopards get angry and then they attack local farms. Humans try to impose their version of jungle law, but they don't really know how to do this. Their laws simply don't work in a jungle. But in South America there are still many places where the life of animals in the wild is not disturbed by man.

An equal fight, based on the principles of fair play, is a value provided and taught by “The Jungle Book”. By living in a jungle, Mowgli was taught to respect animals and learnt what justice is. When you look at your volunteering experiences, can you say that you've learned some values from animals?

M.Z.: Animals are sincere and honest. They’re like children, they don’t pretend anything. I’m not always able to find myself in the human world – a world where there are constant intrigues and, for example, one pretends friendship to cheat the other person later or to take over someone else’s position. I don't feel that I fit a reality built on intrigue and guile. On the other hand, I think that I find myself so well in the world of animals and have great contact with them because I'm true and have sincere intentions like them.

In relationships with animals, I like that the rules are always clear. The relationship is orderly and I always know what the hierarchy is between us. Animals respect the hierarchy between themselves and this is a value which we humans can learn from them. In addition, we can learn not what trust is, but what absolute, total trust is. When wolves fight each other and one of them gives up, he shows his throat to the other one. The winner after such an act never touches the loser. This act of helplessness and surrender corresponds with an act of compassion and grace. In our world there is no such a rule.

How do you communicate with animals?

M.Z.: With my voice, with what I think and feel. I'm convinced that animals understand me and they understand me through a variety of their senses. The problem with communication with animals is whether we, people, understand what they want to tell us. In La Senda Verde center, which I’ve already mentioned, I met a monkey named Oliva. One day Oliva, holding her baby, jumped into my arms. Then she hung on me, hugging her arms around my hips. In the center before I started volunteering I was taught to not look into the eyes of monkeys. But this monkey was forcing me to look at her and at the baby. And what happened? It turned out that Oliva was treating me as a member of her monkey community. Spider monkeys like Oliva live in groups, and when a baby is born they present it to each other so that other monkeys know that it’s a member of their group. If something bad happened to the mother, the other monkeys would know that they should take care of this particular little one. So Oliva just presented her baby to me. And when she was sure that the ritual had been successful, she jumped down and quietly walked away.

Thank you and we can’t wait to hear your stories from your next volunteer project! 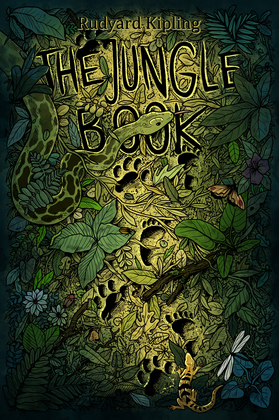 Welcome to the fantastic world of a faraway wild jungle, where wolves will surprise you with their protectiveness and...