Current American statistics say that one in six women has been exposed to an attempted or completed rape in her lifetime. And these are merely the occurrences which have been reported to the relevant departments.

We can only speculate how many more women stay in the shadows, because of fear, denial of what happened to them, because of shame. One of the major reasons why it’s so hard to speak about such experiences is the leading narration about sexual violence, which lays the blame of the violence on anything but the real violator. Over the last 20 years, many feminist activists have spoken against such narration. In some parts of the world, the situation is now better than it was. Still, it is far away from real gender equality, as secondary victimization takes place all the time.

The thing we should also remember is that rape is an extreme example of gender-based violence. Women are also exposed to hundreds of other types of sexual violence, with varied intensity and tones. I would like to share with you the issues we should be talking about as often as possible if we want to change this vile situation. These issues are based on ideas I came across while following international literature on the subject.

Sexist jokes are violence. To accept them is to be part of the problem

We need to react to sexist jokes that objectify women. Maybe it’s not the easiest, but it’s definitely possible to put this into our everyday routine. How can we do that? Interrupt jokes, give your opinion, ask others not to make such jokes when you’re present. Why is it so important? Because permission to humiliate a particular group of people suggests that such treatment is justified. Violence against women is a broad cultural issue. According to very common beliefs and stereotypes, behavior that promotes violence against women is “normal” and isn’t wrong, is considered “just fun”. Meanwhile, seemingly innocuous behavior is very likely to lead to downplaying violence, discrediting a woman’s perception of a violent situation and enabling the violator to get away with what he did.

In many cases of reported violence which are publicly spoken about, the argument “she wanted it” emerges. Interpretation of another’s behavior is often strongly connected to gender stereotypes. In the matter of consent for sex, stereotypically woman are thought to “flirt”, to act “unavailable”, but in fact all this means is that they want to have sex.

Another common situation is when girls and women are unable to explicitly object, because of fear or simply the lack of social skills to do so. When it comes to consent for sex in close relationships, refusal may be even harder. This may be due to a feeling of dependence, either mental and economic, or the simple fear that refusal will hurt the person we, somehow, care about. That’s why enthusiasm is key to ensuring consent has been given. To get to the core of this tricky issue, watch and share the best animation about consent I’ve ever seen. It’s as simple as could be.

Sexual abuse, in the majority of cases, leads to the development of Post-Traumatic Stress Disorder

Sounds serious? It is serious!
Rape has been on the APA list of traumatic events since the 80s. A traumatic event is defined as an event so dangerous and threatening, that all skills needed to react and defend oneself appear to be inefficient. PTSD is a consequence of exposure to a traumatic event. The syndrome, according to data, is developed by 94% of persons exposed to sexual violence. PTSD develops differently from person to person. While the symptoms of PTSD most commonly develop in the hours or days following the traumatic event, it can sometimes take weeks, months, or even years before they appear. There are three main types of symptoms: Re-experiencing the traumatic event - This may include upsetting memories, flashbacks, and nightmares, as well as feelings of distress or intense physical reactions when reminded of the event; Avoiding reminders of the trauma - people with PTSD may try to avoid activities, places or thoughts that remind them of the trauma or they may be unable to remember important aspects of the event. They may feel detached from others and emotionally numb, or lose interest in activities and life in general, sensing only a limited future; Increased anxiety and emotional arousal - These symptoms include trouble sleeping, irritability or outbursts of anger, difficulty concentrating, feeling jumpy and easily startled, and hypervigilance.

Analogically, differences are observed also in reactions to violence occurring during an attack. Some women are able to fight back, some aren’t. The thing we need to remember is that there’s nothing like a “normal reaction” to trauma. Don’t judge the reaction of a woman who has been exposed to violence and don’t try to downgrade the seriousness of the event according to how they behave!

Change the terminology – not a victim, a survivor!

Survivor is a person who has experienced traumatic situation and made efforts to regain their feeling of dignity, self-determination and self-agency. Survivor underlines the seriousness of sexual violence, the complex psychological consequences of violence and the strength of those who do their best to come back to “normal” functioning in society. It’s important to realize and appreciate the efforts and support survivors in creating their own life “after”.

Another important term in this context is empowerment. In feminist methodology, as well as in the therapeutic paradigm, empowerment comes with regaining control over one’s life. It can be done by creating one’s own autobiographical narration, including “limit situation” and all things that come after. Violence divests a person's sense of control. Transformative narration can help someone take positive steps to reclaim their life, change their attitude and helps them to recreate their identity. Having a safe space to speak out is extremely important. To learn more about possible ways to deal with trauma, you can also check out the book by Diana Barden “Post-traumatic-success”.

I’m not talking about only educating women in how to defend themselves when attacked. This is of course extremely important, empowering and effective, but it’s not the only way to avoid violence. The well-known message is

Do not teach girls what to do to not be raped. Teach boys not to rape.

It’s simple, I’d even say, simplified, but it’s true! The first thing to do to change patriarchal culture is to educate men that they’re responsible for gender-based violence, even when they don’t do it. Remember, nobody is saying that all men are rapists. The majority of men obviously aren’t. It’s only said that the majority of rapists are men, the majority of raped are women, and all men, through their everyday behavior, can act against gender-based violence. Education, both formal and informal, works for change. There are workshops organized by NGOs, there are social campaigns. And there’s always the possibility for you to speak out for women's rights. In your group of friends, at work, in your school. Read, learn and speak. Support an anti-violence group in your area or create one. Give them financial support to speak and teach in your name! 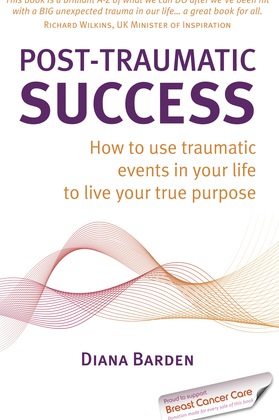 How to Live the Life of True Success You Were Destined to Live After Your Trauma. Few people reach adulthood without...