Kim Stallwood will be our special guest in a series of webinars during which recognised scholars and experts will share their knowledge and experience to help us be more effective, focused and informed about important social goals that we’re setting.

Since there’s still some time left until the webinar (we’re meeting on 25th August you can REGISTER HERE it’s free) I decided that it’d be a pretty cool idea to talk a little with our guest, so those of you who are not yet familiar with his work will know what to expect.

Ula Zarosa, OpenBooks.com: So Kim, you’re often introduced as a worldwide recognized expert in animal advocacy, and many organizations seek your advice since you’re responsible for the growth of such impressive non profits like CIWF, BUAV and PETA. Do you feel the pressure of, I guess, tremendous expectations when starting cooperation with new organizations like Alley Cat Allies?

Kim Stallwood: Yes, my client organisations bring their pressure to bear on me when they engage me. They expect results or projects to be successfully completed. The greatest pressure, however, comes from me upon myself. This is because I only work with groups who I respect. I want to make sure I deliver to them the results they seek. I want them to be even more successful in their animal rights work. My engagements becomes particularly interesting when I challenge assumptions or practices and confront clients with different ways of thinking or acting. It is sometimes as difficult for me to tell a client something I know they do not want to hear as it is for them to hear me tell them. I see my role as an animal rights advocate to speak the truth as I understand it. This is why truth is one of my four key values in animal advocacy.

Ula: You recently visited Poland to share your knowledge and experience regarding the Conference on Animal Rights in Europe (CARE) organized by Open Cages in Warsaw. It was really beneficial to learn from you and I wonder do you think animal advocacy in Central and Eastern Europe can achieve the level of influence and sophistication that Western organizations have? If so, how?

Kim: The development of the animal rights movement in Central and Eastern Europe is very exciting. This is why I made a commitment to participate in CARE and very much want to participate in the next conference in Prague. To answer your question directly: Yes, animal advocacy in Central and Eastern Europe can achieve the same level of influence and sophistication as that in the West. Two key points, though. First, everything is contextual. The USA, for example, is very different from many other countries in both size and how its democracy works. So, a country’s unique circumstances will impact the animal advocacy occurring within its borders. But, second, the borders between countries are being eroded to some extent through such international forces as globalisation, international travel, and the Internet. This means that even though the animal rights movement in Central and Eastern Europe maybe thought of as being ‘behind’ its counterpart in the West, you have the opportunity to learn from our mistakes and successes. This means that your growth and development should be even more expeditious than ours.

Ula: I know that you run an archive of animal rights publications books, magazines, brochures. I wonder if over the years you’ve reached any conclusions about what types of publications and what kind of message can be the most influential?

Kim: It depends upon the circumstances. The most appropriate media should be used depending what the message is and how it is wanted to be communicated. My personal preference is to read a book. I’m at my happiest lying down on a sofa reading a book! What’s interesting to note from my archive is that media come and go. For example, I have reel to reel film and VHS tape, which are no longer used by anyone as far as I know.

Ula: I read your book "Growl: Life Lessons, Hard Truths, and Bold Strategies from an Animal Advocate", and I think that is it actually telling us how to be effective altruists. You not only explain the values that can build a strong and rational activist but also teach us about the paradigm shift that we need to approach to really change the fate of animals as quickly as possible. However, I’ve heard that you don’t really like pragmatism and a utilitarianism approach toward helping animals?

Kim: As you indicate with your later questions, I find Effective Altruism to be problematic. So, Effective Altruism was not foremost in my mind when I wrote Growl. I wanted to write the book I wished I could have read when I first got involved with animal rights in the 1970s. I wanted to bring together two interweaving narratives of a memoir to understand why animals became important to me and identify the key values that I believe are at the heart and soul of animal rights. Further, I relate how through the last 40 years I participated in the development of animal ethics and particularly utilitarianism, natural rights, and ecofeminism. I have been very fortunate to work directly with some of the world’s leading thinkers in animal ethics. I have learned much from all of them. As animal ethics developed from utilitarianism to natural rights and ecofeminism, I found my own thinking also grew and matured to where I feel I am today. Which is to say I no longer identify myself as a utilitarian, as I once used to, as I find the benefits calculation of pleasure over pain (I realise I am simplifying it here) to be problematic for various reasons. Nowadays, I see myself as someone who draws on natural rights theory in the context of social justice as a political issue and ecofeminism when I want to feel with my heart the universality of social justice. Further, I do not recognise any one ideology as having all the answers to all the questions. And we should avoid anyone who claims that they do!

Ula: I think your book is very special because you build “the Growl” on compassion toward animals which comes from something you call “magical connection”. Why do you think personal contact and recognizing an animal as individual being is so important in animal advocacy? Is rational pragmatism not enough?

Kim: Thank you very much for your kind thoughts about ‘Growl.’ Compassion is one of my four key values because it is the emotion that connects to another’s circumstance and motivates us to help them.

There is nothing more important in life than to help another. This is compassion in action.

I am a huge fan of videos produced by organisations documenting their courageous work rescuing animals and those that record ordinary people doing extraordinary things to help animals. It matters to me see these compassionate actions and much more importantly it matters to the animals who are being rescued. I am unsure as to what exactly you mean by ‘rational pragmatism’’; however, I am long standing proponent of the animal rights movement learning how to balance the pragmatic politics of animal welfare with the utopian vision of animal rights.

Ula: Now it’s time for a tough question. Recently you wrote a provocative post on your FB that critiques extravagant purchases, because you felt that animals could really benefit from the money people spend on their nonbasic, aesthetic needs. So I wonder how much you think people should donate monthly and which organizations they should help? Jakub Stencel from Open Cages recently published an article where he states that it’s time to stop spending so much on pet charities because farm animals could really benefit from the support. Do you agree?

Kim: So, here we are with the question about Effective Altruism! I am someone who likes to make intentionally provocative remarks or questions in order to provoke a response or a reaction. In doing so, I do not always mean exactly what I say. The social media post you refer to is one of those situations. All I did was question the amount of money animal advocates spend on tattoos that it could be better spent on helping animals. At the time of posting, I did not see it as an example of Effective Altruism questioning although a colleague did quickly point this out. The larger point I was trying to make was that we are all guilty of spending our limited resources on luxuries which could be more effectively used to help others rather than indulging ourselves. As I indicated earlier, I find Effective Altruism problematic. It is the utilitarian calculation that it is better to help one group of animals over another simply because there are numerically more of them and therefore more suffering involved. Well, on one level, who could argue against that? It appears reasonable. But it is not. It reduces the noble action of helping others to a calculation trading off one group over another. Why does compassion have to be a competition? There is much more to be said here than this. Hopefully, we can discuss it in the webinar.

Ula: During the webinar we’re planning on 25th, we’ll learn from you more about the core values that are not only essential for animal advocacy but also for your work. Since I’d like to talk more about them during the event, my last question is: Do you think that you’re now part of a strong political movement that has a real chance of eradicating carnism or the “Animal Industrial Complex” as you call it, or do you think that we’re all still part of a “moral crusade”? 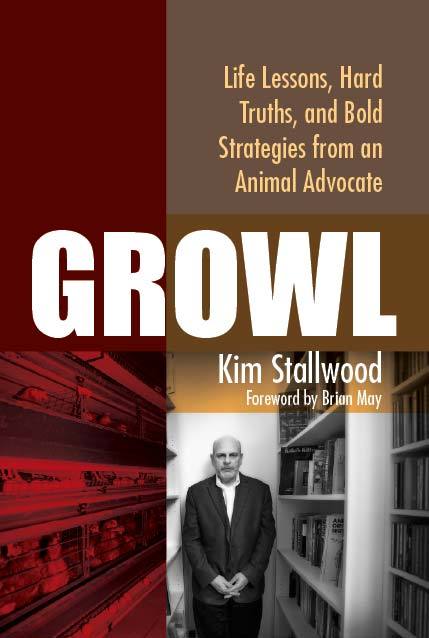