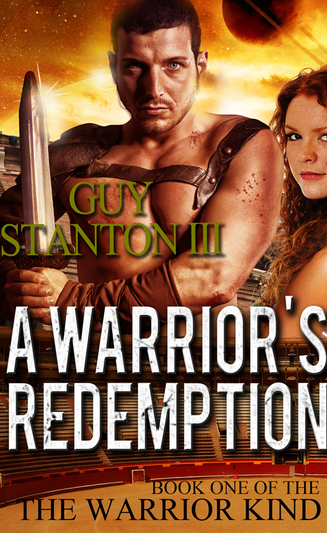 When Roric was born little did he know that his family would die violently as he watched and that his world would crumble only to later find himself chained into the life of a slave forced to survive in the world of the arena where every match meant death for someone, but he survived and one day he escaped.

A Warrior’s Redemption is the beginning of a family saga that starts with a boy named Roric. He lives on a distant world that is full of unrest, where disputes are settled by the sword. Little is known of how they came to this world, only that they came from a place known as Earth, in the distant past. How they came is a mystery that some want to discover again while others would gladly die to keep those secrets from ever seeing the light of day. Roric’s father tired of keeping the secrets of his ancestors, from the people of his nation, forsakes his family’s oath, and leaves to find peace in another land. Little did he know that the wickedness of the land that he settles in would kill him and all his family, except for his oldest son, Roric. Roric, embittered by seeing the death of his family, finds himself sold into slavery. He becomes a survivor in the arena, where man is matched to the death against man and beast alike. He escapes only to pursue a life of vengeance against those who afflicted him and killed his family. Tormented by a life without peace, he remembers the guiding words of his mother, which open up a path of redemption that becomes the guiding influence of his life. Through acts of intrigue and deception he is lead to the awareness of the darker menace within a spiritual world that is unseen, but that he is no less involved in. He travels to the land of his ancestors, a place of majestic mountains and the valleys that lie between them that are settled by a people that exist in peace only because of the warriors that have fought and died to keep them so. It is in protecting these people that Roric finds a reason worth fighting for. He grapples with the long held secrets of his family and unlike his father before him, decides to fight so that his people can remain free.  He rises above his humble past to become a leader that inspires a nation in its fight for survival and becomes a legend.