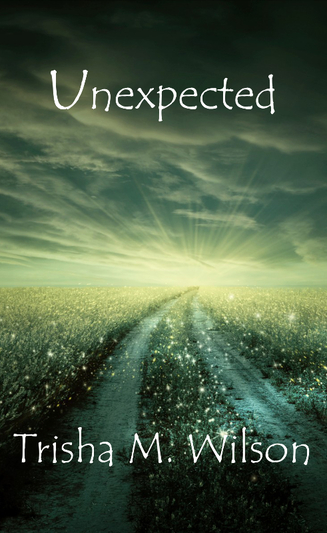 Read Time: 3.0 to 4.5 hours (46957 words)
Unexpected: Behold sixteen short stories. Different themes, different genres. Some light and fluffy, others darker. Yet all have some element of the unexpected in them...if you are willing to look for it. ***Author Note: All of these stories have been individually published and are available individually.*** Battle On the Stairs While away, the Blair family was unaware of the daily carnage occurring in their home. Watch the magical, mystical events unfold in a battle...
Read full description
9 Readers
1 contributor
Download
$ 2.99 Recommended price Pay what you want

Behold sixteen short stories.  Different themes, different genres.  Some light and fluffy, others darker. Yet all have some element of the unexpected in them...if you are willing to look for it.

***Author Note: All of these stories have been individually published and are available individually.***

Battle On the Stairs

While away, the Blair family was unaware of the daily carnage occurring in their home.  Watch the magical, mystical events unfold in a battle which will never end.

Feast your imagination with the 6217th annual Magic Celebration Day Parade. Experience the elaborate floats, the enchanting music, and the charismatic characters of the Bowling Dragons, the Secret Society of Trolls, the unicorns, and pixies, a few participants who spread their magic and joy for the world to relish in their jubilee. Grab a seat and immerse yourself into the party of the year, the Magic Celebration Day Parade from the comfort of your own home. Next year, join us in person to bring happiness to the world.

Teddy is missing and nowhere to be found. After searching every corner of the antique shop, Martha and Elmer report their beloved pet missing. Will Teddy be found? Was he kidnapped? Or did something else inspire Teddy to run away?

Doe is the voice of destiny.  However, do others desire to know what their future holds?

A mistaken package delivery turns into more than ordered, an order that could cost Honey and Cherry their lives.

A spot holder outside Club Custodela, Isis makes a decent living along with her employees. A competitive, lucrative business, trouble makes an entrance and does the unthinkable. Will Isis outmaneuver her adversaries?

A forest dweller his entire life, his existence was one of necessity to nature. One day the children came and took him away from the only home he knew, loved, and nurtured.

Why?  Why would they do such a thing?

A book buyer who reads proposals comes across a book written by a true literary genius. Determined to learn the identity of H.N.A., the book buyer is unstoppable in her pursuit.

Night of the Almost Dead

Morti was the best in the business for good reason.  He cleaned up messes left behind to erase all evidence of a crime.  Morti only had one hard and fast rule: he didn’t deal with the living.  Contracted by Planet Mafia, he finds the victims aren't dead.  Will he have to break his rule?  Or will the Planet Mafia be sorry they ever contracted him to do their dirty work?

Sentenced to death for treason, the King’s people were excited to see his death.  But who would carry out his sentence?  Would they be skilled or a hack?  Would they botch the beheading, or make a clean slice of things?  Find out as you enter the rising excitement as all wait for the Executioner.

A loyal supporter of the Duchess, she wanted nothing more than to depose the evil General whose tyranny brought agony to the masses. Brave and courageous, she became a spy for the Duchess to end the plight and pain of the many. Walk along beside her on a sadly typical day under the rule of the General.

Haast Maggie detested the Star and being defeated by her once wasn’t going to stop Maggie from trying to win a second time.

But what happens when the Wheel decides to interfere with Maggie’s wishes?  Will the battle continue or will a new path be Maggie’s destiny?

Lativa held immense power in the palm of her hands as overseer of the Civil War Immersive, but she only used her power sparingly.  Was this restraint a mistake in relation to Village X17?

I was chained to the table.

How did I get here?

One moment I was eating lunch, the next…nothing.

But when I find the letter which is next to me, all becomes suddenly clear.  Who would do this to me?  Would I ever be free?

Given a journalism assignment to interview an old woman on a deserted island, Kayla dismisses the stories and history told by Ruth about her family. However, Kayla soon realizes she abandoned the opportunity, and story, of a lifetime.

Every single one of Dev’s battle sisters was dead.

She was all that was left of the Broken Swords.

Her duty, however, would never end, so when Dev received word that she must save a father and daughter from Canitia Tower, Dev didn’t give the task a second thought.  With little regard to herself, Dev will take on this dangerous mission for her dead battle sisters, and for herself, the last Broken Sword.

Penegra The Best Ever Formula for ED Cure

Erectile dysfunction (ED) is becoming the growing cause of divorce and separation among many couples across the globe. This disorder is a...