Art of War (with audio) 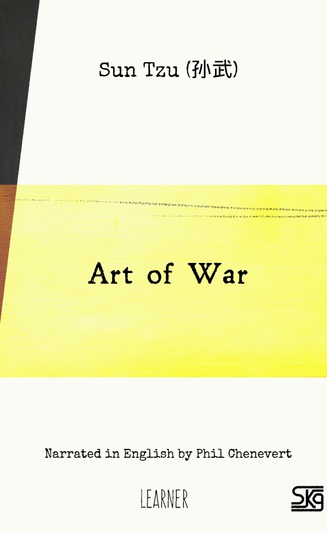 First compiled in the 6th century BC, The Art of War presents a philosophy of war for managing conflicts and winning battles. It is accepted as a masterpiece on strategy and is frequently cited and referred to by generals and theorists since it was first published, translated, and distributed internationally. The book is not only popular among military theorists, but has also become increasingly popular among political leaders and those in business management. Despite its title, The Art of War addresses strategy in a broad fashion, touching upon public administration and planning. The text outlines theories of battle but also advocates diplomacy and cultivating relationships with other nations as essential to the health of a state. (Summary by wikipedia)