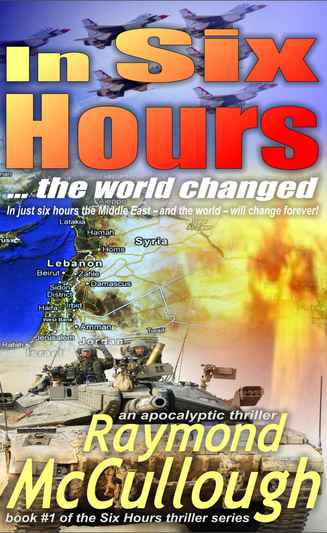 As bitter enemies race towards nuclear conflict, only a miracle can save Israel from the hostile Islamic forces surrounding her. The USA, Russia and the western world are playing with fire in the Middle East, as Iran rushes towards a nuclear climax. In just six hours the face of the Middle East – and the world – will change forever!

While fighting the Taliban with the ISAF forces in 2012, four young men from very different backgrounds meet in Kabul, Afghanistan:

They discover that they have more in common than they first thought and make a pact that one day they'll meet up again in Jerusalem after the prophesied Six Hour War in the Middle East, taking separate ways to a common destiny.

Meanwhile, they will keep in touch with one another as much as possible and work towards making that meeting a possibility. Will these prophecies come to pass? Will Israel itself survive the coming nuclear holocaust?

This apocalyptic thriller moves from war, to a couple of budding romances in very different locations, to more war and then the ultimate Middle East war. But even in the midst of conflict, new relationships are being formed. Action, friendship, romance ... and yet more action.