The Time Machine (with audio) 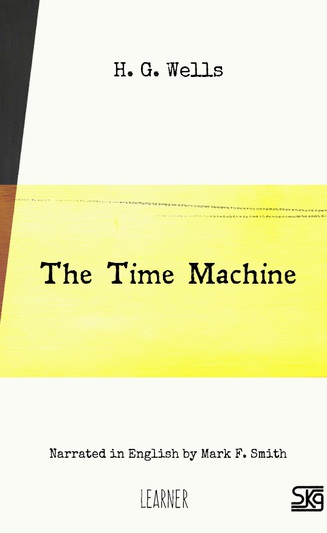 Surely the Time Traveler threw great dinner parties! His guests were treated to a once-in-forever trial of a miniature time machine - an exquisite miniature that acted so flawlessly as to appear to be stage magic. That his guests did not believe the explanation - the machine vanished into the mists of the future - was patent. Still, a couple of the more thoughtful had reservations about branding the demonstration an outright trickery. And what about the nearly-complete full-size Machine in the Traveler's laboratory?

Confronted at the next party by the disheveled Traveler, who had apparently suffered privations and who displayed two curious flowers of no known type, the Narrator's wonderment increased. For the Traveler provided a perfectly arresting story to explain his condition - a surprising tale of a far future where humankind divides into a carefree above-ground race, the Eloi, and a mechanical subterranean race, the Morlocks. A tale in which it appears that the inheritors of the Earth inhabit it as cattle for the feeding of their underground cousins!

Believe, or disbelieve? But perhaps the inventive genius of a man who can translate "thousands of millions of days" of time travel into an exact date should not be doubted! (Intro by Mark F. Smith)